I’m so ashamed. Not one post in July. Here’s a picture as an apology. This baby is very high needs and it’s hard to type while holding a baby. I have a ton of pictures on my phone and the camera but they tend to get uploaded to facebook because it’s easier. Send me a message if you want to friend request me to make it easier. I will eventually get pictures up here, just can’t say when. We went on a week’s vacation to Buffalo with friends from South Dakota and Gilmour is doing lots of firsts that I’ve got pictures of and videos. Another time. 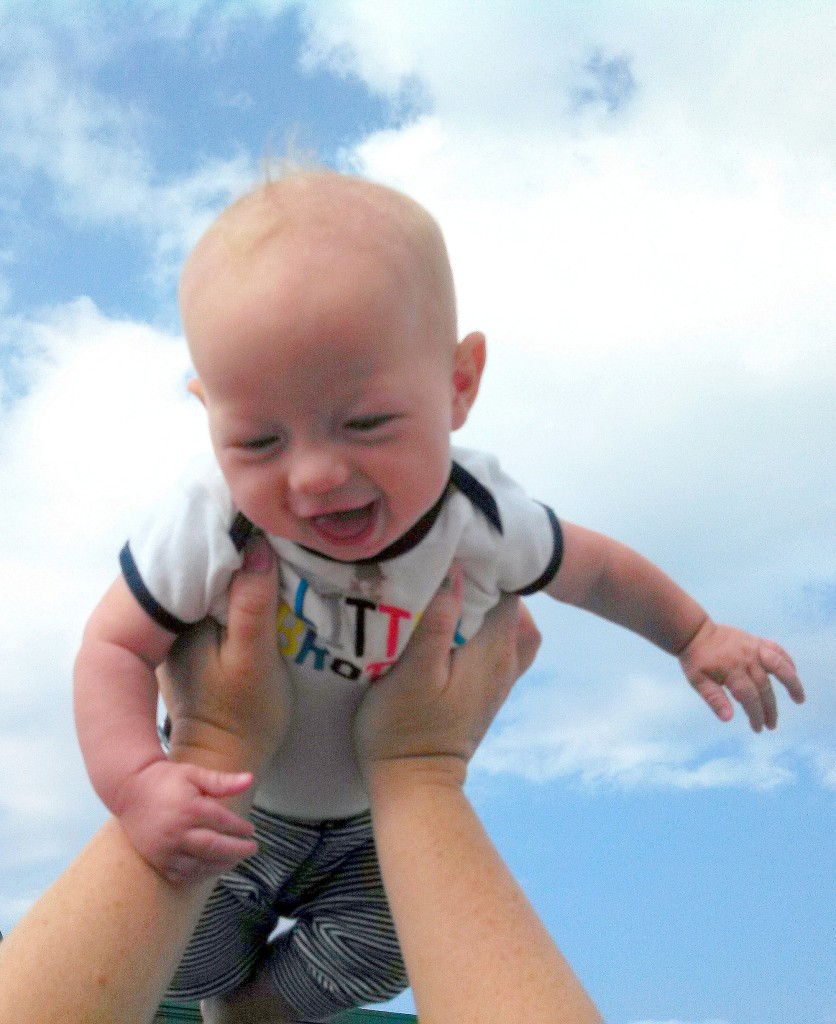 Gilmour is five months old today. I hope to get photos later after work. Our two times at attempting photos this morning/afternoon ended with lots of baby screams and tears. Since we never did a four month shoot, I’m hoping tonight’s will work better.

This entry was posted in New Baby. Bookmark the permalink.

2 Responses to No new posts?